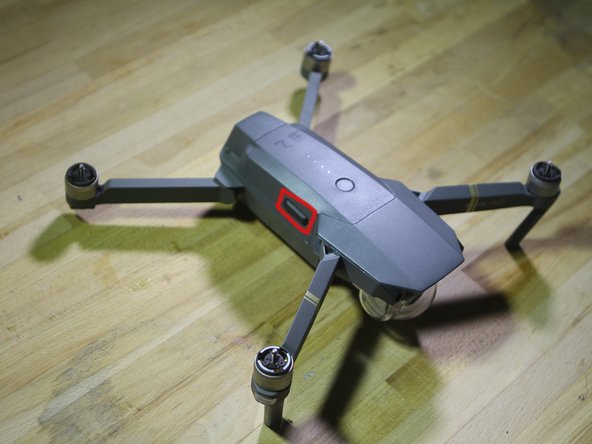 I had a crash .a small crash. looking down on the drone it would be the rear view and is the left rear folding arm ,the stop for this arm when unfolded the crash broke the stop for the left rear arm . I have used a glue to reset the stop how ever I think this is only a very temp fix I think I will have to replace the hole under structure case for the drone . sorry my name is David from Saskatchewan . Canada

Honestly, I would highly recommend you replace any pieces that show any cracks, or structural flaws, as the last thing you want is that glue giving out during a flight and your drone plummeting to the ground. The plastic case pieces and the arms are not very expensive, compared to the cost of a worse crash as a result of one because of cracked glue. Good luck!

I guess it’s going to be difficult to insert the GPS cable again.

Actually you can reconnect it before you start clipping the case into place, you just have to be careful and gentle with it.

Yes it can just look up mavic gps module or something of the sort.

Just bought the top shell to replace on my mavic 2 my question is, when disconnecting the gps from the old shell, the new shell I bought does not have a gps cord on the back of it. Is it supposed to come with the new shell?

If you are replacing the upper shell like I just did (due to a tree branch punching a hole in it - ouch!) then there a couple more steps not shown here. There is a metal plate secured with two Philips head screws that needs to be removed to expose the GPS unit at the rear of the top shell. Then the GPS unit needs to be unclipped and it and the metal plate need to be transferred to the new upper shell. I also peeled off the large sticker in the base of the battery compartment and transferred this to the new upper shell, as it contains a bunch of information about the drone (including serial number etc).

Thanks Andrew - very useful guide. I think I would have despaired at the point of trying to unclip the front edge, if you had not noted how ‘tricky’ this would be (understatement!).

PS. It would be great if you could add tools needed to this guide - it was only when I sat down to do the job that I realised I didn’t have a 1.5mm hex screwdriver needed to remove all the screws.

Thanks for the instructions. My upper case is broken and I want to change it for a new one. How to I transfer the GPS Part into the new case? Thanks a lot. Best.

Hi, I just did the shell replacement but now the drone cannot connect back to the controller. I’ve tried resetting the drone, but the lights would not flash. Help would be greatly appreciated thanks!