Bootloader, Recovery, and the joy of unlocking 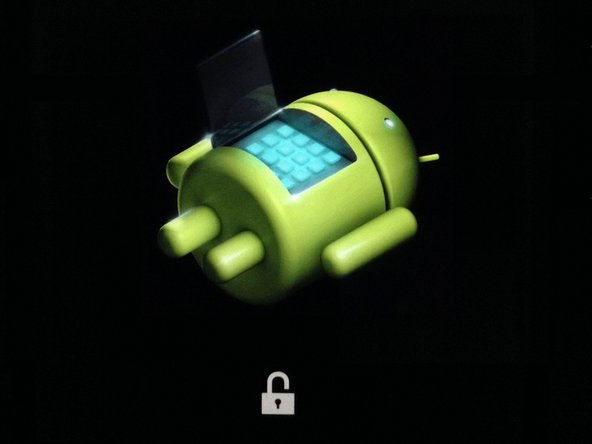 Android devices, particularly the developer-friendly Nexus models from Google, are especially suited for unlocking and tinkering with.

The Android OS, based upon Linux, is modular enough to allow replacement and upgrading of particular components of the system: bootloader, recovery, radio software, and both the underlying operating system and the user interface. Just as you can replace the default home screen/launcher app with one you like better, you can run a different build of the open source Android operating system (AOSP) for improved performance or bleeding edge capabilities. These are called ROMs.

Even without switching out the core OS, you can use a customized recovery partition. Team Win (TWRP) and ClockworkMod (CWM) are the most popular third party recovery replacements, and are available for many Android devices. They provide advanced maintenance functions, including the ability to install root apps that let the user and apps perform functions as the system user.

The basic tool for working with a Android device is the Android Software Development Kit (SDK), which includes tools like fastboot and adb (Android Debug Bridge). There are third party "lite" versions of the basic tools for most operating systems. Some GUI tools take the complexity out of using command line tools to perform common operations, but these actions are no less powerful.

Unlocking, flashing, rooting your device may void the warranty. You are also at risk for "bricking" (rendering inoperable and irreparable) your phone or tablet. You assume full liability and responsibility for attempting to follow any of these steps.

Some applications will not work if a device has been unlocked or rooted. E.g. Android Pay now detects if the system has been compromised this way in Android 6.0, and will refuse to work for you.

Congratulations! You now know at least a little more about how to remedy operating system problems with your Android OS phone.

Congratulations! You now know at least a little more about how to remedy operating system problems with your Android OS phone.

i have unlocked the mobile and wiped all logos ,bootloader,system,cache everything and disconnected from pc . and now my phone is not turning on . is there any way to recover it.

Wow, why did you do that?? You've removed the operating system components that your phone needs to run, it should be no surprise that it is bricked. Have you tried to boot into bootloader?

How to recover, if you can, depends upon the model. You'll need to ask a question in the specific topic forum for your phone hardware. If you cannot even boot to the bootloader to run fastboot, you probably need a suitably equipped phone repair shop or factory service center to reflash the phone at the hardware level.

I have rooted my Moto g5 plus phone using magisk and twrp for recovery. It is working perfectly fine with no issues. Then I wanted to do OTA updates. I have backed up my partitions. But I dint have the original partitions. So I flashed boot.img , logo.bin and recovery.img from POTTER_AMZ_7.0_NPNS25.137-35-5_cid18_subsidy-DEFAULT_regulatory-DEFAULT_CFC.xml.zip. firmware. And then rebooted but its stuck in Your device will boot in 5 seconds. Please help

I have rooted my Moto g5 plus using Magisk and twrp for recovery. It was working perfectly fine. I wanted to do OTA updates. I have backed up my partitions. Flashed boot.img, logo.bin and recovery.img from POTTER_AMZ_7.0_NPNS25.137-35-5_cid18_subsidy-DEFAULT_regulatory-DEFAULT_CFC.xml.zip. firmware. Rebooted the phone but its stuck at Your device will boot in 5 seconds. Please help

Sujitha Jose, If you have rooted your Android device and looking out to get the OTA updates, please remove the old magisk installed on your device and install the Magisk Manager Latest Version from the official website http://magisk-manager.com/ as the recent update has got you everything about the OTA updates. You don’t need do anything else.