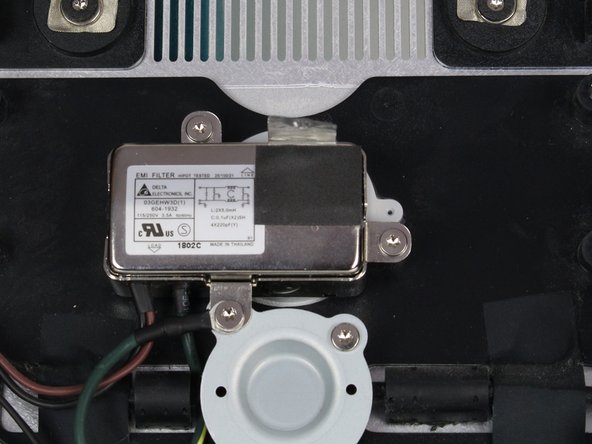 The EMI Filter is set into the device and is behind a few components. Because of this there are many wires surrounding it that are not part of this specific component. Make sure to carefully follow wires and components to make sure that the right parts are being removed.

That is definitely just a filter. The power supply is the big PCB connected to it. One could say this is an EMI filter along with an IEC input connector...this guide is only useful if you want to replace the connector rather than the actual power supply.

Not sure if the EMI filter will NEVER fail as someone said above. Mine was buzzing and I replaced it and this fixed one of my displays that was buzzing. There are also other causes, including capacitors on the Power Supply board, worn out fan etc.

So are we saying that this is wrong? anyone? I really need to replace my power supply.

I replace the all in one lightning and charge cable but it has ended up that the lightning cable only works. I thought I connected everything up fine but which connector would stop the charge cable working?