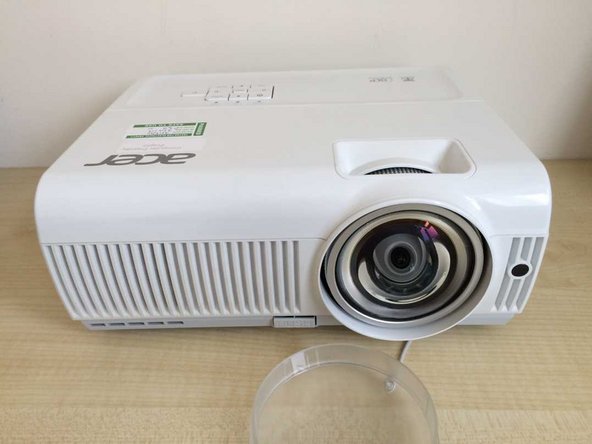 A DLP projector creates the image using a digital micromirror device (DMD). This contains one micromirror per pixel, each of which can be individually deflected electrically in order to reflect light from the lamp either through the lens and on to the screen, or into a light sump where it is absorbed. The DMD is essentially a monochrome device and so a rapidly spinning colour wheel is placed in front of the lamp. This passes each of the three primary colours in turn, so allowing the colour image to be built up from the red, green and blue components projected one after the other.

A faulty colour wheel is indicated in this projector by the Lamp indicator LED on the control panel flashing, but can also be indicated by the image flickering different colours. A replacement colour wheel is quite easily fitted.