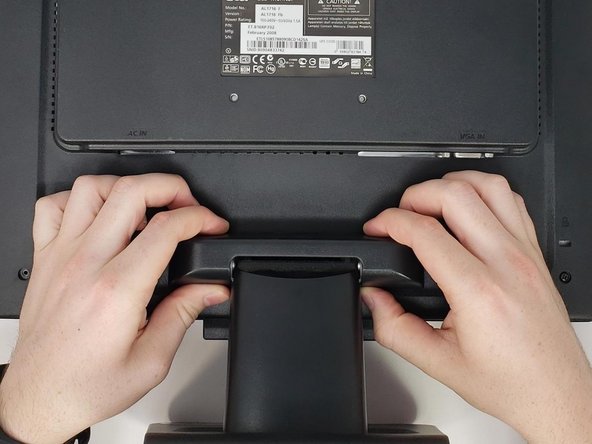 When desktop monitors stop working, the cause can be attributed to blown capacitors on a circuit board. Rather than discarding the monitor, it’s often times easier and cheaper to replace the capacitor yourself. The cost of a monitor can range from $50-500, while capacitors are generally under $1. It should be noted that capacitors are electrical components that store a charge, so it’s advised to perform this repair only after the device has been unplugged from any power source for at least 24 hours. As an extra precaution, review the How to Safely Discharge a Capacitor guide before disassembly. A smooth surface and a medium level of force will be required.