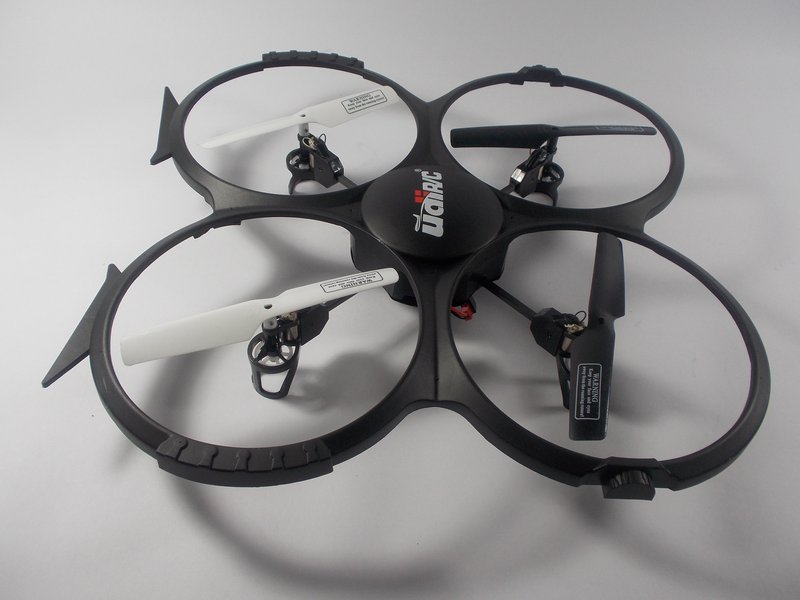 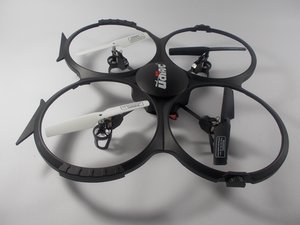 A beginner’s level quadcopter released in 2014. The UDI U818A can record video and still-shots from the air, and has a battery capable of 7-8 minutes of flying time.

The UDI U818A is a quad-rotor six-axis gyro R/C drone released in 2014 by UDIRC, a company out of China. It comes “ready to fly” in the package, with no assembly required. Model U818A has a black frame with four propellers, two of which are white and the other two being black, and “UDIRC” in big letters directly in the center of the frame. Underneath the drone is the camera assembly, which takes a MicroSD card that is used to record video and still-shots.

The controller for the drone is very easy to use, with one thumb stick being used for thrust and direction, and the other for going front/back/left/right. Additionally, there is a “360 eversion” button on the controller that makes the drone do a backflip, and a shoulder button that puts it into “stunt mode” allowing it to do flips and other tricks.

From the repair package there are a complete set of replacement propellers (2 white front, 2 black rear) and 4 small motor spindle gears to replace when stripped or otherwise damaged. Provided for these replacements are 1 short cross tip screwdriver.