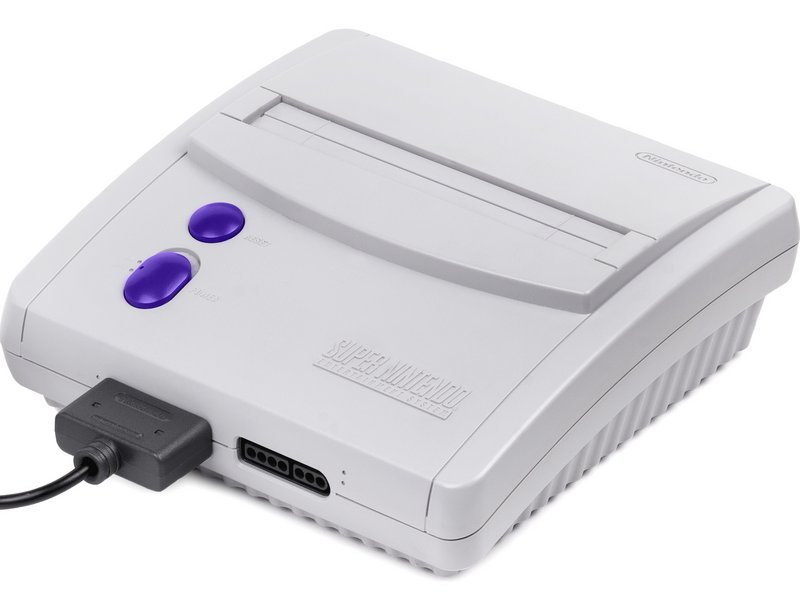 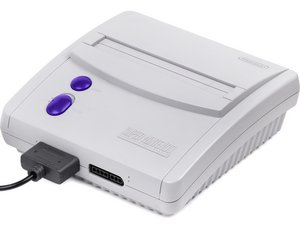 Also known as the SNES Mini, SNES 2, or SNES Jr, this is the compact redesign of the Super Nintendo Entertainment System. It was released in North America on October 20th, 1997.

The SNS-101, also known as the SNES Mini, SNES 2, or SNES Jr., is a redesigned smaller version of the Super Nintendo Entertainment System. This revision was released in North America on October 20th, 1997 and was sold at a lower price than the original SNES. This change helped Nintendo market the SNES Mini to people who wanted to get into video games without paying the higher price for a Nintendo 64 console.

Compared to the original SNES model, the SNES Mini has a smaller form factor with a rounded top. It has two purple buttons for power and reset on the top of the case along with a slot for loading game cartridges. Unlike the previous version, the SNES Mini does not have an eject button, you simply pull the cartridges up and out to remove them from the console. On the back, the SNES Mini has only a Nintendo AV multiout port for video connection. To further reduce the cost of the console, this port is only configured to output composite video, unlike the original model which had more video options.

To identify this console, look for the model number “SNS-101” on a sticker on the bottom of the device. The SNES Mini can play all the same games as the original, so you can use either model for retro games.