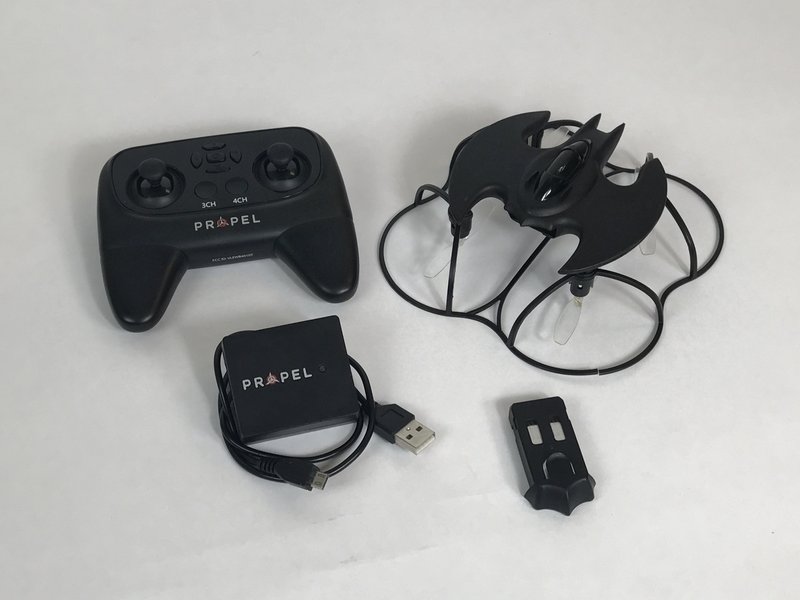 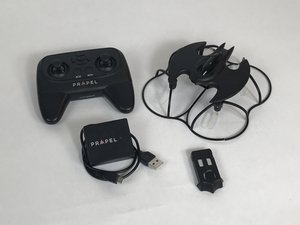 The trouble shooting page for this device can be found at this page.

The Mini Flying Batwing is a drone that was released in 2006 by Propel, a widely recognized drone manufacturer. The drone is composed of four plastic propellers powered by four small electrical motors, four LED lights, a safety guard and a motherboard that integrates all components of the drone. The Mini Flying Batwing is controlled by a wireless remote control that enables operation of the drone in two different frequency channels to reduce the risk of potential signal distortion. The Mini Flying Batwing can be differentiated from its predecessors and later versions due to the fact that it does not have a camera, its propellers are below the drone and its safety guard has only one component that supports the entire drone.

If you would like more information about the drone, purchasing replacement parts, or a new drone, please visit: