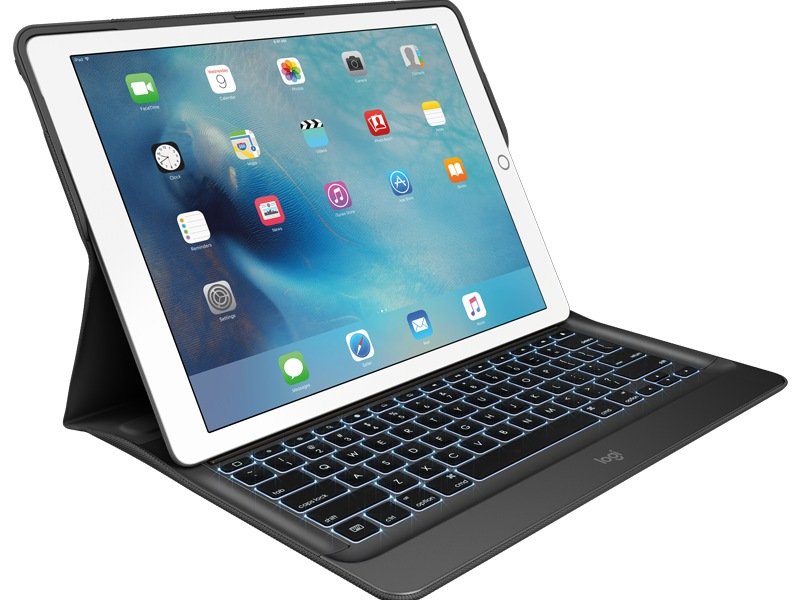 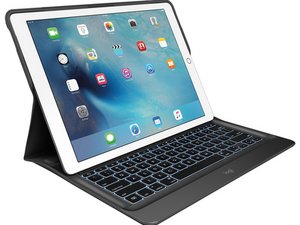 A backlit keyboard/case from Logitech, made for the iPad 12.9 inch model.

The Logitech Create 12.9 is an attachable keyboard that also serves as a case and stand for your iPad.

The iPad clips into the encasing, and the keyboard connects via a smart connector; it does not require Bluetooth or charging during use. It is reportedly a bit difficult to remove the iPad from the encasing once it’s been secured.

This part is made primarily of plastic, though there is also some fabric on the exterior. The top half has ridges that curve around the buttons on the iPad. The lower half containing the keyboard has a row of extra keys for using iOS shortcuts.

One known issue with the first generation model is a tendency for the case to crack around the edges. This prevents the iPad from being held in place. Another common concern is that because the keyboard does not require charging while in use, it piggybacks off of the iPad battery, draining the actual iPad faster.

This model is available in three different colors: black, white, and grey. There are additional models that offer different options for the angle the iPad is held at, however the position for this model is fixed.