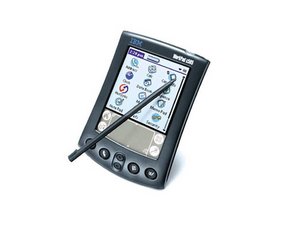 IBM WorkPad c3 is a handheld personal organizer that has the ability to store appointments, emails, documents, and more. This pocket-sized PC also provides useful applications for the user that can be customized based on the user's need. The WorkPad first started shipping in March of 1999 as a repackaged version of the Palm V. After the Palm Vx was released in October of that year, featuring a 4x increase in memory size, the WorkPad was re-released under the same name but with the memory upgrade.

The IBM WorkPad c3 can be identified by the WorkPad c3 on the upper right corner of the device. This model is only available in black.