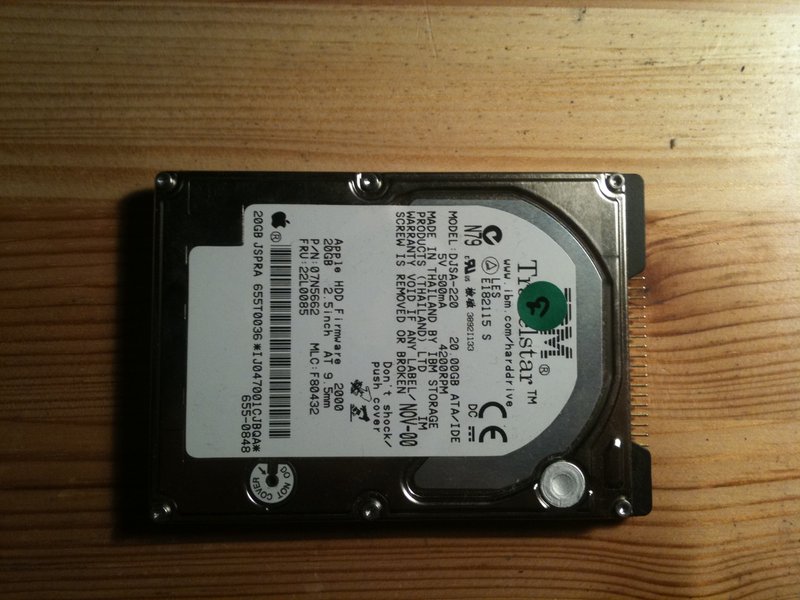 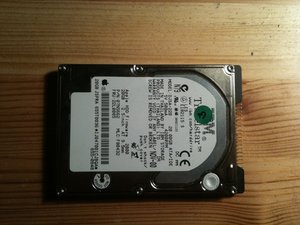 The Travelstar DJSA-220 (also known as the TravelStar 20GN) is a 20 GB hard drive released by IBM around the year 2000 (the manual for the hard drive was released in 2000 and revised in 2001). It is part of IBM’s TravelStar line of hard drives, specifically the DJSA line which includes sibling products called the DJSA-205, DSJA-210, DJSA-230, and DJSA-232. For each hard drive—including the DJSA-220—the final two digits of the model number show the number of gigabytes of data that the drive can store.

You can identify this hard drive by looking for identifying information on the sticker on the front of the device. This sticker should have the words “IBM Travelstar” and the model number “DJSA-220.”

This hard drive was manufactured in a standard 2.5-inch form factor. It is 9.5 mm thick. For data transfer and communication, the drive uses an ATA (also known as IDE) interface. After the release of the faster SATA interface in 2003, ATA was renamed to PATA, so you might see cables for this hard drive referred to as ATA, IDE, or PATA interchangeably. The ATA revision used by this hard drive can support data transfer at up to 66.6 Mbit/s. If you have data that you need to retrieve off this hard drive, you can find PATA adapters online as explained in this SuperUser question.