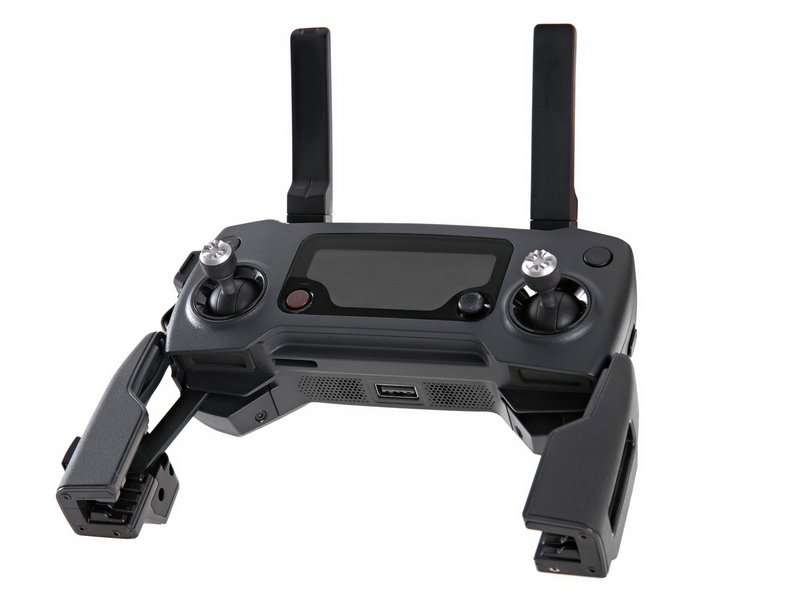 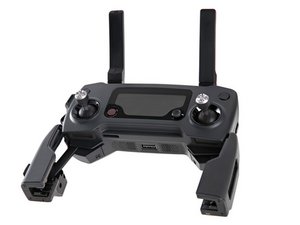 The DJI Mavic is a series of quadcopter drones for commercial and personal aerial videography and photography use. The DJI Mavic Remote Controller is sold with DJI’s Mavic Pro drones and is used to control the aircraft and gimbal wirelessly. The controller is compatible with DJI’s line of Mavic Pro drones, including the Mavic 2 Pro and Mavic 2 Zoom, which were released by DJI in August 2018, and the original Mavic Pro, which was released in 2016.

The Mavic remote controller features an LCD (liquid crystal display) screen that displays aircraft data. Mobile devices like tablets and smartphones can be mounted in the controller’s adjustable handles so users can view the DJI application while in flight. It also includes Lighting, Micro-USB, and USB-C connectivity options. The controller has two antennae that can fold to be flush with the body of the remote for better storage. The remote controller’s body is a dark gray color and it includes one joystick on either side of the LCD screen (two joysticks total).