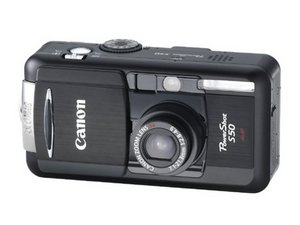 A series of both compact point-and-shoot and prosumer cameras.

The Canon PowerShot series is a product line of consumer and "prosumer" digital cameras by Canon, launched in 1996. The PowerShot line is one of the best-selling digital camera lines worldwide. The PowerShot line encompasses many varying series, from point-and-shoot consumer cameras to more advanced feature cameras, and often includes free camera control software. The PowerShot’s discontinued S series was originally a series of compact point-and-shoot cameras, though is currently a series of prosumer cameras slotting under the G series. The S series eventually branched off into Canon’s line of super-zoom cameras.

The PowerShot ELPH line is a branch of the S series because of its model number designations in the United States (the series includes S- and SD-prefixes). The PowerShot ELPH S100 and the PowerShot S10 also include many similarities. The Sxx series of PowerShot cameras consists of two sub-series. The S10 and S20 were compact point-and-shoot cameras, while the S30 and onwards were marketed as prosumer digital cameras. The S1 to SX60 series includes ultra-zoom cameras, and the SX100 and later SX models are more compact, affordable spin-offs of the ultra-zoom series. All S and SX PowerShot cameras feature image stabilization, and most models include full manual controls.

Some PowerShot models were affected by third-party CCD sensors with a design flaw which causes them to fail and display distorted images. Canon repairs cameras affected by this flaw for free.

Canon PowerShot cameras include the name “Canon” printed in white font on the front of the device. The model name and number are generally included in the bottom right-hand corner of the camera’s front.