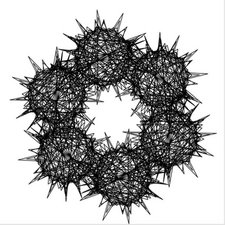 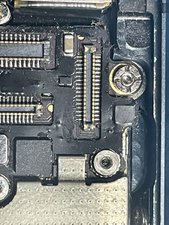 A really long time ago, I had a iPhone 5 as my phone. The battery caused the screen to come up off of the housing. This was all before I started doing iPhone repairs. I took it into a repair shop, and they replaced the battery, but the screen was still sticking up some, so we asked if they could fix it, and the guy tried to glue it together. The glue leaked into the LCD and messed the screen up, so they said they would replace the screen. Once that was done, the screen wasn't working right (glitchy, would tap randomly, wouldn't respond to touch.) We got them to replace it again, but the same things kept happening. We got frustrated and just gave up.

Now that I do a considerable amount of iPhone repairs, I have tampered with the phone quite a bit. I found that the screen works perfectly fine when front camera/speaker assembly is not attached. Does anyone know why this is happening and how I can fix it if I wanted too? I have tried a lot of different screens as well...

Anyone have any tips on what the issue might be?

@cooltool - Can you post a picture of the Camera connector on the logic board?

I think the Repair store Had a screw loose!

But Try using a Q-tip and some Isopropyl Alcohol, And scrub the Camera connector on the camera and on the logic board, If that doesn't work Or you don't mind just not having the camera.