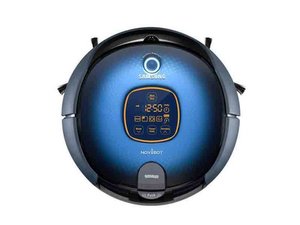 The Samsung NaviBot SR8855 is a handy autonomous vacuum by Samsung.

Why my robot doesn't boot up

I have an issue with my SR8895 vacuum robot.

During some weeks, the robot failed intermittently, the count down is ok, but after it the robot is crashed, no response from the touch or remote control, only the first battery led is on.

Even with a fully charged battery only the first battery led is on.

Once the robot is crashed, I measure the 5v rail and I saw that the pic controller tries to reboot the robot by cutting down the +5v. The robot restarts and the count down pass and the robot stuck again. the robot reboot around each 1 minutes.

Until now, I was using as workaround this two step: disconnect the PSU and wait for a while.

But today I seem that this workaround is no more efficient.

Do you have an idea of the issue or do you have the schematics?

I will very helpful for me.

PS: I have a multimeter and soldering tools