I replaced the stock 256 GB SSD with 512 GB from same generation MacBook (2015 retina) and now my SSD controller link speed and width have decreased, disk benchmark has slowed.

Is there some configuration change I need to make in order to get x4 link width and back to better speeds? 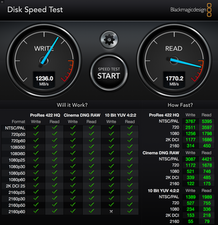 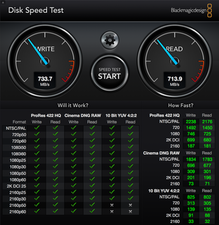 It's the part you put in is only a PCIe x2 unit not a PCIe x4 which is why the lane width dropped.

The newest version of the SSD is hard to come by and it will be more expensive. So far Apple doesn't offer it as a spare only as a swap out (you need to send the old one back) and it needs to be the same. Hopefully this control will end soon as the newer models don't use the same blade type of SSD. In any case it will be costly!

Adam you'll need to get into the system profiler service to check the new SSD's firmware comparing it with your older SSD.

Open About This Mac and click on the System Report button. Click on NVMExpress and SATA/SATA Express sections, enlarge the window so all of the info on the right is visible snap a screenshot of each and post it here so we can see what each has.

As a reference review this question and what Eduardo encountered: Upgraded my SSD, Was it not suppose to keep same read/write rates?

The replacement SSD is from a 2015 Macbook Pro Retina and it was paid good money for (since I know they are rare). Are these not 4 lane?

I wonder why Apple doesn't use regular M.2 SSDs. Do they really make enough prophet from replacements to justify a proprietary connection?

Apple doesn't use regular M.2 SSDs because that standard was not finalized when they began using PCIe based SSDs in their machine. Once they had their own supply chain up it did not make sense to migrate to M.2

But many of their pci-e SSDs are different. M.2 can be SATA based (b&m key) or PCI-E based (b-key). If their SSDs change with nearly every generation, why not just use the M.2 standardized connector?

@pccheese - George, Apples SSD's are just different! You can't use a M.2 SSD in place of theirs.

Don't get off the subject here the focus in on why Adam's replacement Apple SSD fails to run at the same rate as the original.

The answer is: the lane width of the SSD was altered from the older models which had 2 lanes to the newer models having 4 lanes. So in a nutshell he bought a 2 lane SSD which was likely sold to him as a 4 lane.

The only other factor here is the SSD's firmware may not be for his system as it was taken from a MacBook Air which had an older cut of firmware.

I have had issues with my upgrade to Samsung 970 Pro 1TB with Sintech adaptor of lanes and sink speed dropping.

I found a reset to PRAM allowed it to return to the full 8GT/s and 4x link width.

Obviously you will not be able to get a faster or wider link than the slowest bit of hardware in your chain.

Point here is for a machine that you know is capable of faster, the PRAM reset fixed my issues twice.

I believe Samsung SSDS don’t support 4K block size which is what Macs prefer since their NVME SSDs were introduced . The older 512 byte block support was retro fitted around Sierra or High Sierra but you’d be safer buying a brand that either comes as 4K or can be formatted as such using a PC firmware utility usually a boot disk.

The issue was the replacement SSD was only a two lane part vs the original SSD which was a four lane part.

The number and speed of the PCI lanes is very much not upgradable. It can only be slowed down by something. Find out how many lanes and what pci generation your hardware is and then try to get it to run at that speed.

Any slower bit of hardware in the chain will slow it down. It’s possible for poorly seated connections to cause the link to slow down. What I didn’t know before was that the PRAM reset could help return things to full sleed if all other hardware elements are faster and it’s still staying at the lower link speed.

Any solution you found for this?