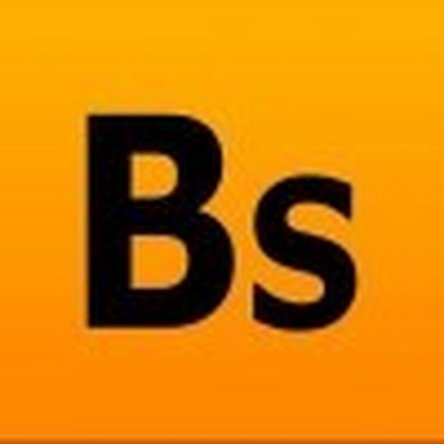 I received my replacement battery today, and after getting it installed, I immediately noticed that the power and home buttons are no longer working.

I used the usual suction cup method, rather than a feeler gauge (that I've been using now), with A LOT of force that might've damaged something upon opening the screen. I noticed that the LCD display has some bleeding (not sure how to explain it).

After checking all of the cables, everything looks normal, though.

I ended up getting an iPhone 5s (maybe I should break phones more often?). Seriously though, I'm still angry at what happened.

I adjusted the angle of the 2 home button pins a number of times, and it just wouldn't work.

I'll let the new owned deal with it. It's currently selling on eBay

Any one got an answer? I have the exact same problem. My local competent installer reckons the motherboard is the problem to these two issues

Wow this must be a common thing because I just replaced my iPhone 5 battery this morning and I am having the same problem.... I've never heard of it before until I saw this... And the only reason I saw this was because I have a problem. Has anyone found a solution yet? It is really frustrating!

Yea and how do you make the toggle mute button wake the iphone?? I can't find out how?

If it's not waking your iPhone when you flip the mute button, you need to turn OFF the "Vibrate on Silent" option. When that option is on, it just vibrates instead of turning on the screen.

I'm having a similar problem with an iPhone 5. Customer brought it to me, the power/sleep/wake button doesn't work. Changed the cable. Still doesn't work. Checked those picture of those little black boxes next to the SIM card, on the logic board. They there and everything appears to be intact. Not sure what the problem is or what the fix is

This is common pry damage--there is a tiny row of components that are easy to damage when prying the battery on the logic board side (a big no no).

This similar thread may be helpful:

Broke off small jumpers when prying battery out of iPhone..

I feel like every post lately is about board damage, and people not being able to find anyone to fix it. Board-level repairs on the iPhone is exactly what I do, so if you're stuck, feel free to contact me.

I have in stock all of the components necessary for this repair, and I've fixed at least a dozen iPhone 5 pry damage phones and successfully restored the power and home button function. If you'd like me to point you to my mail-in repair service, please send me an email: jessabethany@gmail.com

Check if the two golden pins on your dock connector are nicely 'up'. They have to connect with the home button assembly on your screen. About the power button, you probably damaged the cable somehow with disassembly. The only way to fix this is to replace the cable.

So what is the fix?

I had the same problem that home button is not working after battery replacement. I thought it was damaged during the prying process. I even tried to reconnect the LED screen cable.

In the end, it was really caused by two bottom gold color pins not having a solid contact with home button metal contact. You can see the two pins at the bottom. I bent the metal pins so that it has solid contact.

https://d3nevzfk7ii3be.cloudfront.net/ig.... If this image is not working, it's How to replace your iPhone 5 battery (step 15)

After I bent those pins and put it back, home button works perfectly !

I had inadvertently bent one of the gold contacts, so the bent one appeared straight. Both contacts are supposed to be folded over and the contact points of each are not side by side. You can get a sense of where they should be by looking at the gold circles on the underside of the screen. Be very careful not to break them.

Here is what happened to me, and it may have happened to you as well. I replaced the battery in the iPhone 5s, which is a bit more difficult than the 5 or the 4s, but as I had read the instructions repeatedly, I knew to be very careful about the cable for the Home button. No prying damage, nothing. When I put the iPhone back together the Home/touch button stopped working. Similar to most complaints. I ordered and received a new Home button after disassembling and reassembling iPhone repeatedly. When I had put the new button in I wasn't certain about how the cable should lay in. I drew it across the button so that it was folded immediately after the connector, but then it layed flat across the metal Home button cover. It works fine now. I inspected the old (original) Home cable and found that it had another fold, one that I would not have recognized if I had not had to install a new button. I noticed that there is a small contact on one side of the Home button cable, and the cable had folded in such a way that the contact was not in contact with the metal Home button cover! Such an additional fold probably happened as the unit was closed because I didn't know to preclude the possibility of it folding at any particular point. There is no apparent damage to the cable. Try this, it is very likely the problem we encounter with the battery install.

I changed the battery on my 5s and the first thing I noticed was the power and sound buttons became unresponsive. These buttons are connected via push type (lego style) connectors to main board. Not knowing which of the four or five connectors was not properly in place, I disconnects them all and carefully pushed them back in till heard snap sound and/ it was comfortable that they are in. That's it. Resolved the unresponsive power and sound buttons problem.

I know these replies/questions are year (s) old but i just replaced a battery in my Iphone 4 and got the same issue on/off button no longer worked. Took back off again and theres a little tab (hooked upward tab) that is under one of the 2 screws you remove to detach the battery cable/connector. Just rebend that curved end upwards so when you close the back to gether again it will touch its grounded location. Now my issue is trying to replace the screen, all videos on YouTube are of a 4S and the parts are not the same i went as far as the speaker removal and the videos got different so i closed it back together. I know my simple 4 is OLD but it works for me. Hope this helps someone.

Today, After I replaced my iPhone 5 screen the power button stop working. Could it be I did not push enough the connectors? I am so afraid of trying to disassemble the screen without breaking it... :(